“There is God” by Donnie McClurkin

“There is a love that is like no other, there’s mercy that never ends, there’s strength that will pull you through, there’s God, he is standing in your corner, there’s nothing he can’t do”. These are the words of inspiration stated by the well known Gospel singer and minister, Donnie McClurkin at the opening of his his live recording video for his new single “There is God”. In this song, Donnie reminds us that God reigns supreme over everything. He reminds listeners that with

Lou Who Are You Rebounding?

Lou! What are you doing friend! What happened to “I’m a dog I love hoes!” The infamous non monogamous Lou Will has supposedly settled with one of his two girlfriends, even so that he wrote a song about her and featured her in the music video. The song “Rebound” dropped September 10th. The Los Angeles Clippers shooting guard is known off the court for his wild antics and polygomous relationship. Now his reputation may precede him but do not get it twisted, this man has held i

Due to the social injustices and police brutality that many minorities face, Colin Kaepernick has extended his social campaign from kneeling during the national anthem to becoming a social activist in his community. Debuted in October 2016, Kaepernick created a summer camp, “Know Your Rights, for underprivileged children from the Bay Area. The purpose of the camp is to educate, empower, and create the next generation of leaders within the black and brown community. In a spee 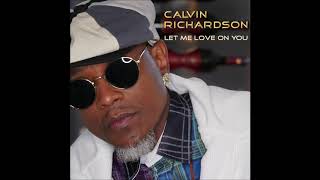 New single alert ‘Let Me Love On You!’

Calvin Richardson returns to music with single “Let Me Love On You” after previously loosing his voice in 2018. Single "Let Me Love On You" shows why Calvin is “The Soul Prince” with its slow melodic remedy with Calvin effortlessly singing “Let me love on you” lyrics. Nothing has changed with Calvin’s soulful creative style, His upcoming CD album "Gold Dust" is expected to drop October 25th! Take a listen to Calvin Richardson’s single "Let Me Love on You". You’ll wonder why y

Antonio Brown & His Issues with the NFL

2019 has been an interesting year for wide receiver Antonio Brown. In March, Brown was traded from the Pittsburgh Steelers, to the Oakland Raiders. During the summer training camp practices, he posted a picture of his feet, with extreme blisters, due to him not wearing the proper footwear during his cryotherapy sessions. A couple days later, he filed a grievance with the NFL about the new helmet that he was being forced to wear, because he wanted to continue wearing his old h

Miley Cyrus has been in and out of the entertainment news headlines since her split with her ex-husband Liam Hemsworth. Millions of fans want to know who she is dating, and they were surprised when the headlines revealed who her new lover was. Miley and Kaitlynn Carter have been friends for years, but they were seen a few weeks ago in public, showcasing their romantic relationship. Kaitlynn is the ex-wife of Brody Jenner, the son of Caitlyn Jenner, and recently announced that

Terrance Howard, who is currently the star of FOX’s drama-filled show, Empire, has recently announced that he is cutting his acting career short. He has worked in the acting industry for over 30 years, starring in animated films, crime shows, soap opera series, and more. While participating in an interview with Cheslie Kent (Miss USA), Howard revealed that once Empire’s sixth and final season ends, he will no longer look towards being on the TV screens in millions of homes.

The Boondocks Has Teamed Up With HBO For A Reboot

If you’re someone who has constantly watched The Boondocks rerun after rerun, then the recent news of a reboot has caught your attention. HBO Max, a streaming platform, has released that they will be doing two reimagined series for the show. Just a short six years later after the end of the show, the platform has promised to give fans everything they could wish for. The two seasons will consist of 12 episodes each and have a 50-minute episode at the beginning of each season.

Before, rapper Tekashi 6ix9ine seemed to be living a Hannah Montana lifestyle with the best of both worlds. At first many believed he was brought up in a gang and had found his calling in the music industry. However, this is not the case. 6ix9ine was used his gang affiliations to create an image in the industry. He was offered protection, street credit, and career, as long as he provided monetary support and weapons to Nine Trey Gangsta Blood. The whole act was used to gain f

Coachella part two on ABC? We all know that we changed Coachella has been changed to “ Beychella” after that epic performance that focused on the HBCU school experience in 2018. It looks like ABC changed an hour of television to ABeyC on Monday, September 16th. Beyonce' continues to shape people’s lives and change the face of television. Beyoncé’s special, “ Making the Gift,” shows the creation of every song in the Lion King remake. The album, which she calls a love letter
1
2345