Omari Hardwick & Meagan Good Star in “A Boy. A Girl. A Dream.”

Do you enjoy a good thriller? Suspenseful movies with an edge and a dash of unexpected love in between? If so, “A Boy. A Girl. A Dream.” is a must see! On the night of the 2016 presidential election, Cass (Hardwick), an L.A. Club promoter, takes a thrilling and emotional journey with Frida (Good), a midwestern visitor. She challenges him to revisit his broken dreams, all while he pushes her to discover hers. As Frida sits outside on a calm night in LA, she’s approached by C

Tyra Banks has inked a first-look deal with Universal Television and Universal Television Alternative Studios. The producer, supermodel and entrepreneur will develop and produce scripted and unscripted programs, using her Bankable Productions banner. The deal does not interfere with her position as host of NBC’s America’s Got Talent. “Tyra is one of the most driven producers in television, said Pearlena Igbokwe, President, Universal Television. “She had long brought incredibl 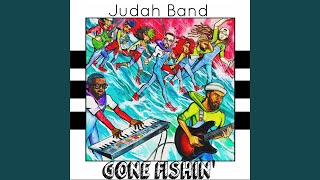 The Christian/Gospel music collective called Judah Band has come out with a new album. Released on August 17th, 2018, the collection of music titled Gone Fishin. The album features hit songs like "For My Good", "Do It Again" & "Be Alright". The crew has their own tour, “The Soul Rockers Revival” Tour. The album itself has an eclectic upbeat feel good tracklist of 13 songs sure to get you on your feet and ready for worship. Their style isn’t too much of what you’d see in your

Janet Jackson is a global icon with billboard breaking hits, eye popping visuals in her videos, and just an all around love for the music she creates. Janet is the sister to the late Michael Jackson and has been around for years. With a discography worth over $175 million, she has proved to be a timeless artist. Recently, Janet released a new single with Latin artist Daddy Yankee called, “Made For Now.” This is her first new single since her 2015 album “Unbreakable” and she c

Aubrey O’Day, Dawn Richard, and Shannon Bex made a big announcement on Instagram with a caption saying “new albums, new era, grown us. Don't miss it.” Welcome back DK3! I guess three out of five will do! This is the first time in years that they have performed together. DK3 will be performing a few of their solo tracks and also taking it back to the Danity Kane days with songs like “Showstopper” and “Ride for You.” It took a lot to get the girls back together and make this hu

It’s that time of year again for some of your favorite shows to return from their hiatuses and the introduction to some new potential favorites. We will cover hundreds of broadcast, cable and streaming shows bowing between September 1 and December 31 and some high-profile one-off programs. Here is the current list for September: September 3: Baked (Food Network, new docuseries) Twisted Sisters (Investigation Discovery, new docuseries) September 4: Mayans M.C. (FX, new dra

Sanaa Lathan Stars In Netflix's “Nappily Ever After”

Hot Combs and Perms are like kryptonite to natural hair. Historically Black women, we’ve always had this idea that straight was beautiful, but throughout the years embracing our natural hair has become an ongoing phenomenon. The natural-hair movement has been around since the late 2000’s. Viola Davis, Lupita Nyong’o, and Yara Shahidi are just a few faces that we see in Hollywood that embrace their natural hair. Yes, there are movies that show actresses with natural hair. For

Black-ish star Marsai Martin is making major moves at a young age. Born August 14, 2004 in Plano, Texas, the American actress/singer is well known for her role as “Dianne Johnson” on the comedy series show ‘Black-ish. At age 5 Martin landed her first national commercial before moving to Los Angeles in 2013. The following year Martin was casted opposite Anthony Anderson and Tracee Ellis Ross in the ABC comedy series “Black-Ish” created by writer Kenya Barris. For Martins break

Teyonah Parris and Anthony Mackie have now been added to star in Netflix’s “Point Blank” Remake. The film will also star Marcia Gay Harden, Frank Grillo (Kingdom), Boris McGiver (House of Cards), Markice Moore (The Paynes), Nik Pajic, and Christian Cooke (Where the Heart Is). The movie is a reboot of Fred Cayaye’s 2010 French crime drama with the same title. It tells the story of how Paul (Mackie), an emergency room nurse, and Abe (Grillo), a wanted murder suspect, go toe to

The 2018 MTV Video Music Awards aired last night live from Radio City Music Hall in New York. The night was full of shade and stars. Camila Cabello won big by taking home both Video of the Year and Artist of the Year. Cardi B was deemed this year's Best New Artist and Childish Gambino took home the most awards of the nice for his song, "This Is America". This year 20 year vet, Jennifer Lopez, received the MTV’s Video Vanguard Award and celebrated with a medley performance of
1
234